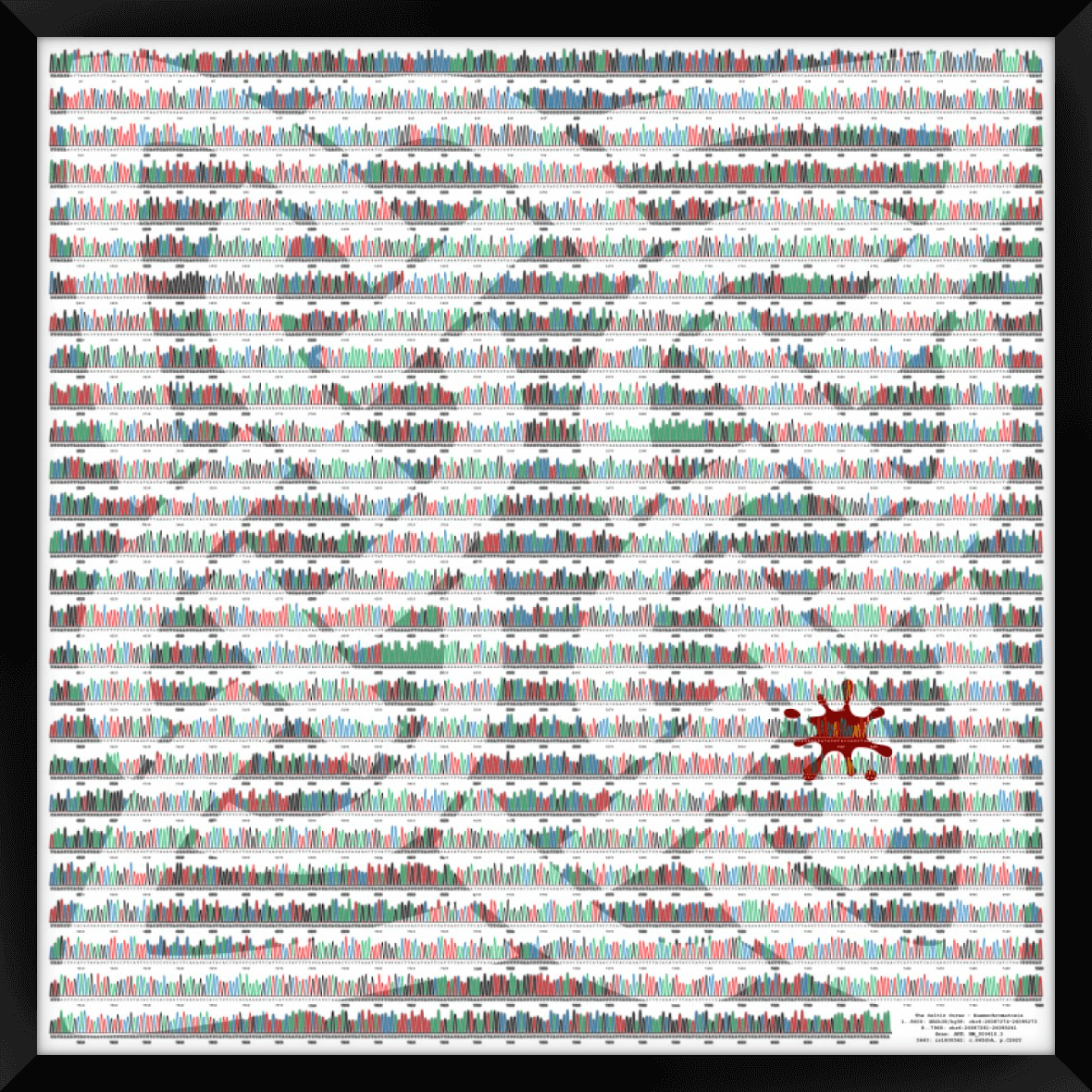 These innovative and scientifically based digital artworks are designed by genetics lecturer and researcher Dr Dan Wallace. PhD. They are based on the genetics of the HFE DNA mutations involved in hereditary haemochromatosis.

Dan is a Senior Lecturer and medical researcher at the Queensland University of Technology (QUT) in Brisbane, Australia. He teaches molecular biology and genetics to undergraduate students and has been researching the genetic basis of disease for over 25 years. He came up with the idea for Dan’s DNA while preparing to teach a new subject “Genes, Genomes and Genetics”.

The artworks utilise one of the major techniques used in research and diagnostic laboratories for studying the genetic material DNA and diagnosing diseases including haemochromatosis is DNA sequencing. This technique allows us to read the order or “sequence” of the 4 bases (letters) that make up DNA molecules. The original method, developed by 2-time Nobel Prize winner Frederick Sanger in the 1970s, is still in wide use today with some modifications. The output of a “Sanger” DNA sequencing experiment is called a chromatogram – it consists of a series of evenly spaced, coloured peaks, the 4 colours corresponding with the 4 DNA bases (A, C, G and T).

The artworks are professionally framed and shipped to you by Dan’s DNA. Shipping Australia-wide is $24 per item.